More environmentally conscious disposal and significant reduction of costs by lowering the amount of organic matter in the washed grit.

On this page more_vert 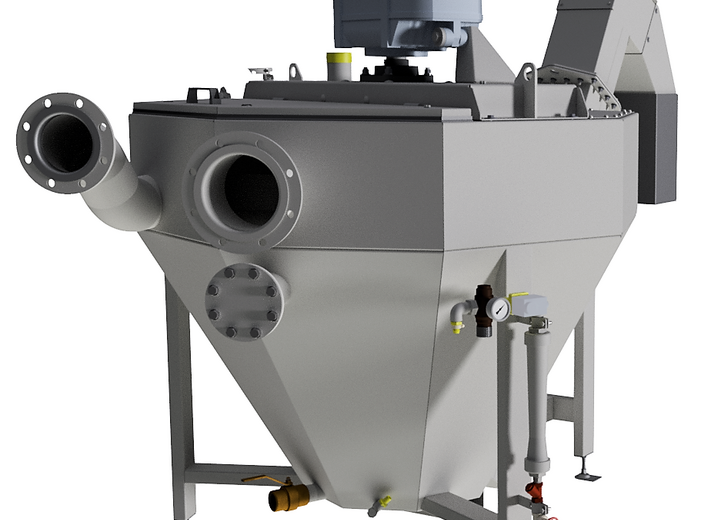 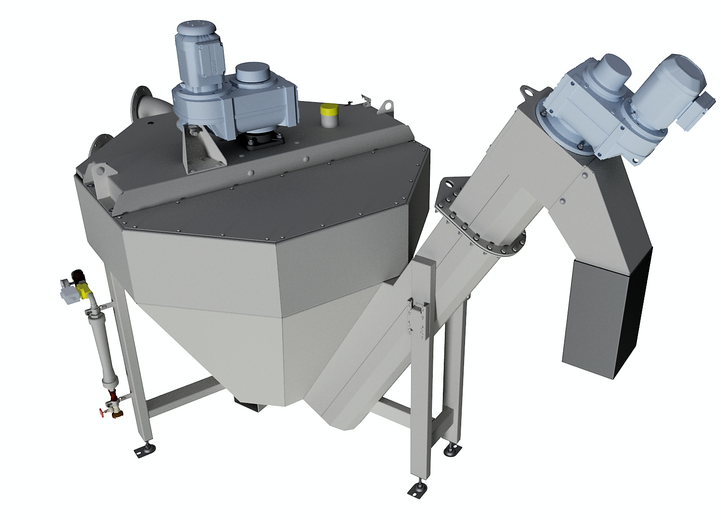 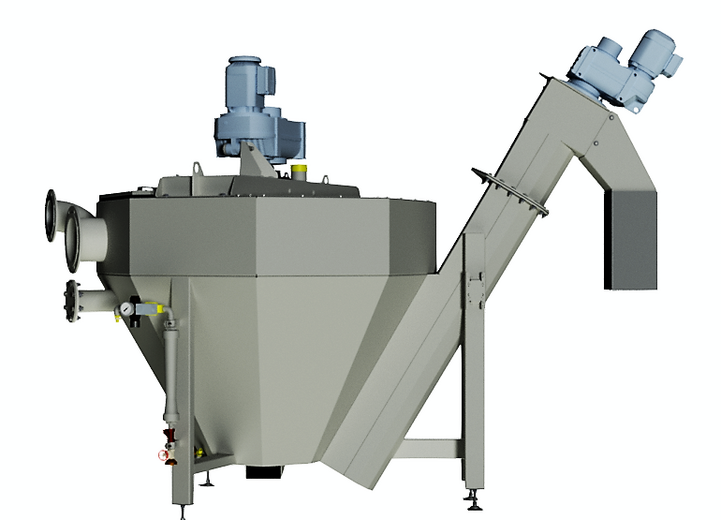 Aqseptence Group offers you the largest range of grit washing systems worldwide and the most comprehensive variety of constructional and process technological designs. As such we are able to optimally tailor a grit treatment process to meet your specific requirements.

The circulating movement of the agitator mounted in the washing tank causes a separation of the grit into light and heavy components. The agitator fingers mounted in the lower area of the washing tank cause the grit particles to rub against each other and remove sticky organic residues through abrasion. The organic residues are washed out in an up-current flow process. The washed grit accumulates at the bottom of the washing tank and thus creates an increase in the torque to be applied by the agitator motor.  The grit is removed by the discharge conveyor when a certain density of grit has been reached – this level is set as resisting torque on the motor load monitor and the removal is carried out at pre-determined intervals. 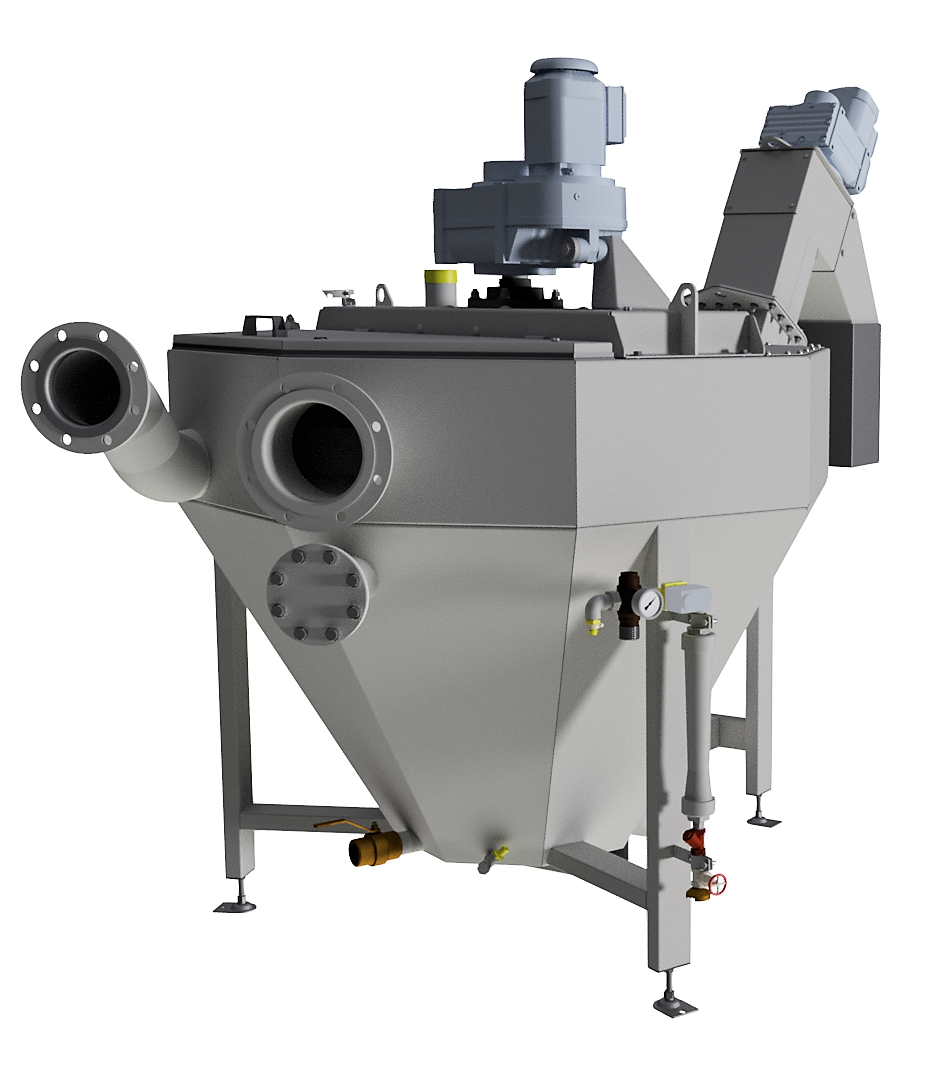 More environmentally conscious disposal and significant reduction of costs by lowering the amount of organic matter in the washed grit. Aqseptence Group offers you the largest range of grit washing…